The not-so-secret solution to a better night's rest 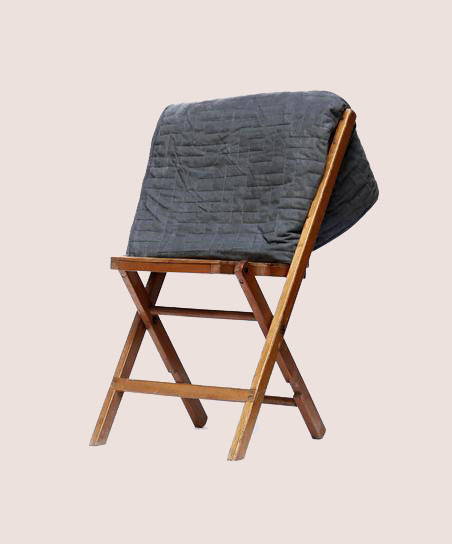 Cortisol is a stress hormone. This is the hormone that creates the fight or flight instinct which can leave you feeling panicked, anxious and exhausted.

Serotonin, sometimes known as “the happy chemical”, a hormone and mood elevator. With weighted blankets, this serotonin production is stimulated naturally.

Serotonin leads to the production of melatonin, a hormone that makes one feel sleepy and regulates sleep patterns. Ultimately, this combination of increased serotonin and melatonin can create a relaxed, calm state and chilled out nervous system ideal for sleep.

How do weighted blankets work?

Thinking back to the best hug you’ve ever had, you experienced a short glimpse of what it’s like to sleep with a weighted blanket—although, no, they don’t have arms.

Surprisingly, being held or hugged is comforting for essentially the same reason why sleeping under a heavy blanket is so effective: deep touch pressure.

Deep touch pressure, which is gentle, constant pressure similar to a long hug, has a calming effect, relaxing the nervous system and stimulating hormones that regulate mood, sleep and more. This effect allows you to go from stressed and anxious to calm and peaceful completely naturally.

By boosting endorphins, weighted blankets may create a change in the body’s chemistry and decrease cortisol, the stress hormone.This is the hormone that creates the fight or flight instinct which can leave you feeling panicked, anxious and exhausted.

If you’ve ever been late to a flight, prepped for an interview or read through text messages after a night out, you definitely know the feeling that cortisol creates—and you don’t want to experience that feeling as you’re trying to settle in and get a good night’s rest.

One of the most important endorphins that’s released by weighted blankets is serotonin, sometimes known as “the happy chemical”, a hormone and mood elevator. Sunshine, exercise and foods like salmon and spinach can boost serotonin, however, not everyone lives in sunny Los Angeles, gets enough time at the gym or eats spinach like Popeye, so serotonin is often in short supply. With weighted blankets, this serotonin production is stimulated naturally.

Serotonin leads to the production of melatonin, a hormone that makes one feel sleepy and regulates sleep patterns. Ultimately, this combination of increased serotonin and melatonin can create a relaxed, calm state and chilled out nervous system ideal for sleep. 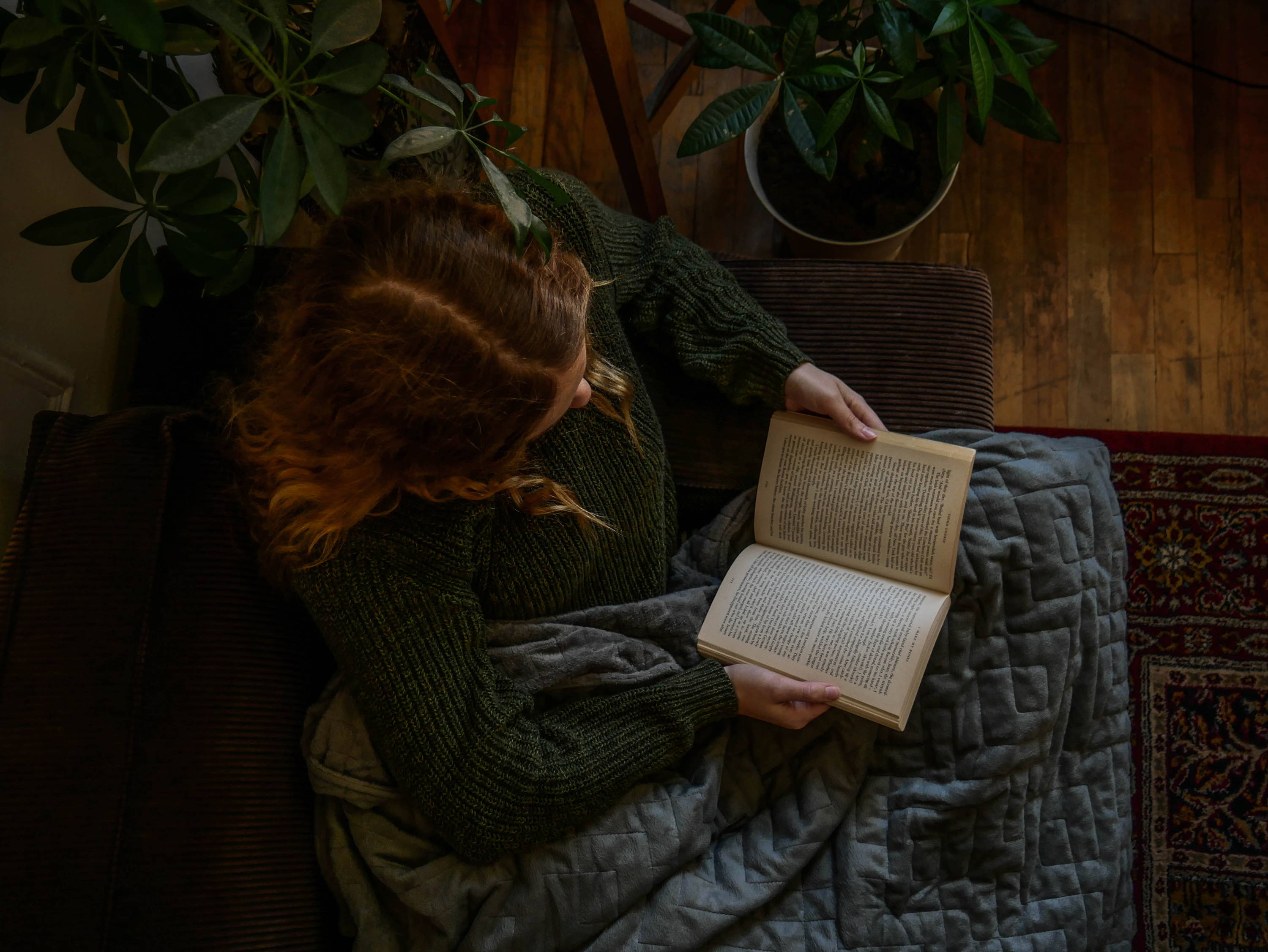 The Science Behind Weighted Blankets

What is a weighted blanket?

Weighted blankets are made to be heavier than a duvet cover or comforter, filled with glass beads. The specific weight of the blanket depends on the user’s body weight, however, most range from 15 to 25 pounds (6.8-11.3kg), just heavy enough to provide even pressure all over your body without being uncomfortable.

Premium weighted blankets, like the tune blanket are typically filled with non-toxic glass beads which are evenly distributed across a series of small pockets so you can get the most from the weight of the blanket while remaining comfortable. After all, these are meant to help you relax and sleep better, not keep you up at night.

Sitting on a bed or couch, these heavy blankets are usually indistinguishable from a normal blanket—until you pick it up!

What can a weighted blanket help with?

Anxiety takes its shape in many forms. Studies have shown that the deep pressure touch provided by a heavy blanket can reduce the stress hormone, cortisol, which causing the anxious “fight or flight” feeling. In an anxious state, a weighted blanket can feel like a warm hug.

Those with ADHD can find themselves with racing thoughts. The calming effects of a weighted blanket can help ease the mind, slow things down and allow you to enter a deep, restorative sleep

The deep pressure stimulation provided by a heavy blanket has been shown to increase serotonin (the happy chemical), which is also a precursor to melatonin (a hormone that aids with sleep). Those suffering from depression can benefit from the uplifting, and calming effects that can be brought on by the comforting feeling of a weighted blanket.

When sleeping under weight, studies have shown signs of serotonin (the happy chemical!) production. Serotonin is a precursor to melatonin, which can help you fall asleep and stay asleep.

Stress can be triggered by many things, whether you’re having a hard week at work, or a big exam coming up. Some of us have a very physical response to stress, such as having a difficult time falling asleep, or just the general inability to remain at ease. A weighted blanket can stimulate that feeling of calm, help you slow things down, fall asleep and wake up feeling well rested.

A weighted blanket can help provide a comforting “hugging” feeling of security to those suffering from dementia, aiding to enter a calm state and assist with falling asleep.

PTSD can leave suffers feeling anxious and stressed. The warm, hugging sensation, and deep pressure stimulation provided by a heavy blanket can aid in the calming of those suffering from such symptoms

Those suffering from a traumatic brain injury may experience symptoms of insomnia. The calming effects of deep pressure stimulation can add those suffering to enter a calm state, fall asleep and wake up rested. 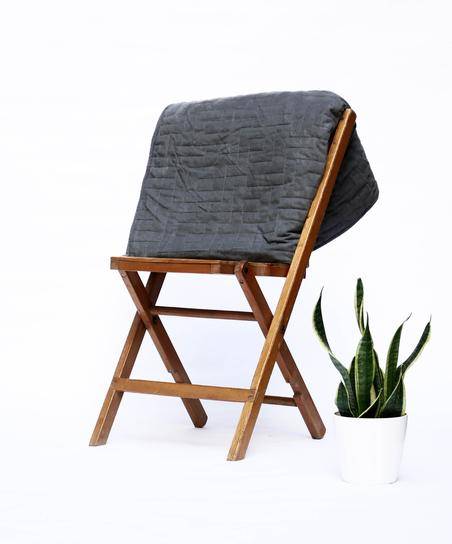